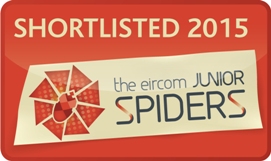 Six Sligo schools took part in the project: Calry N.S., Coolbock N.S., St. Aiden's,  Monasteraden, Ransboro N.S.,  Gaelscoil Chnoc na Ré and St. Brendan's N.S.  Each class involved had a workshop in their school facilitated by a local archaeologist, Joyce Enright. This was followed by visits to local Heritage sites. Based on these visits the pupils documented their experiences, some in writing,  some in art ,some in film. The pupils also collated stories about the sites. In June we visited the three sites – St. Attracta’s Well,  Clogher Stone Fort (Cashelmór ) and Monasteraden Graveyard(Cashel na Manastragh) with Joyce Enright. In September and October we continued the work and completed the project on November 10th. The finished product is a new website www.exploringsligo.net  We are very proud of our short film on the three sites (click here to view).The film uses footage from our Fís films ‘Heroes and Princes’ and ‘The Tallystick’. We also use photos taken during the project. The background music is by Matt Molloy a native of the area. The tune is called ‘The Babbling Brook’.